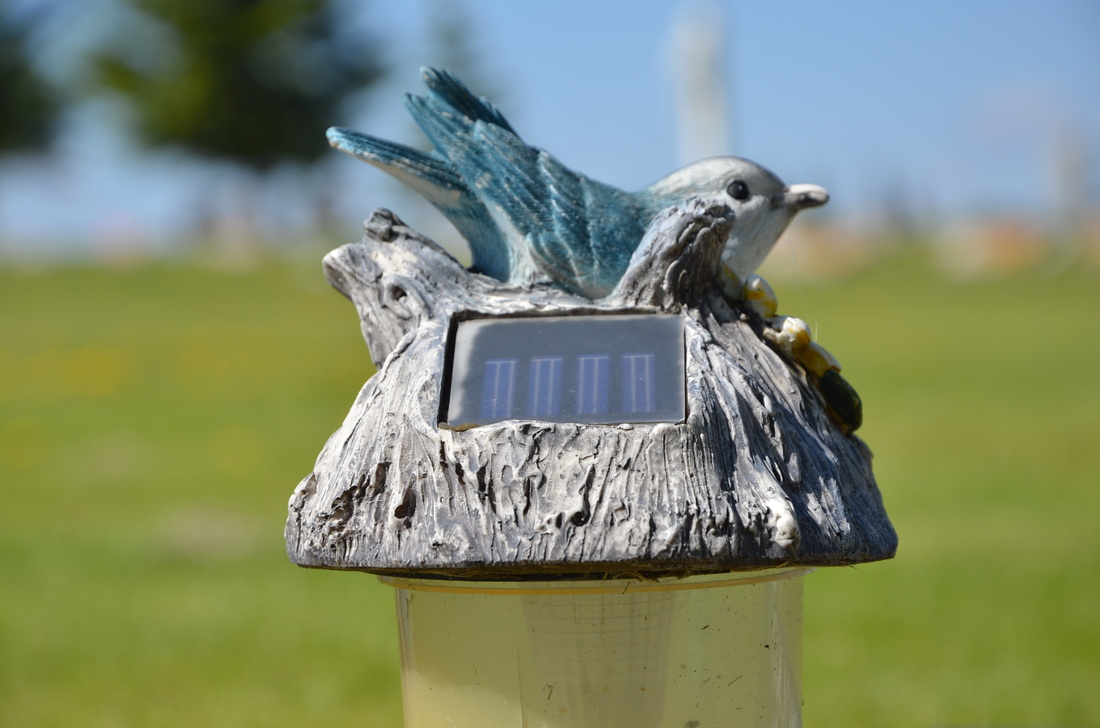 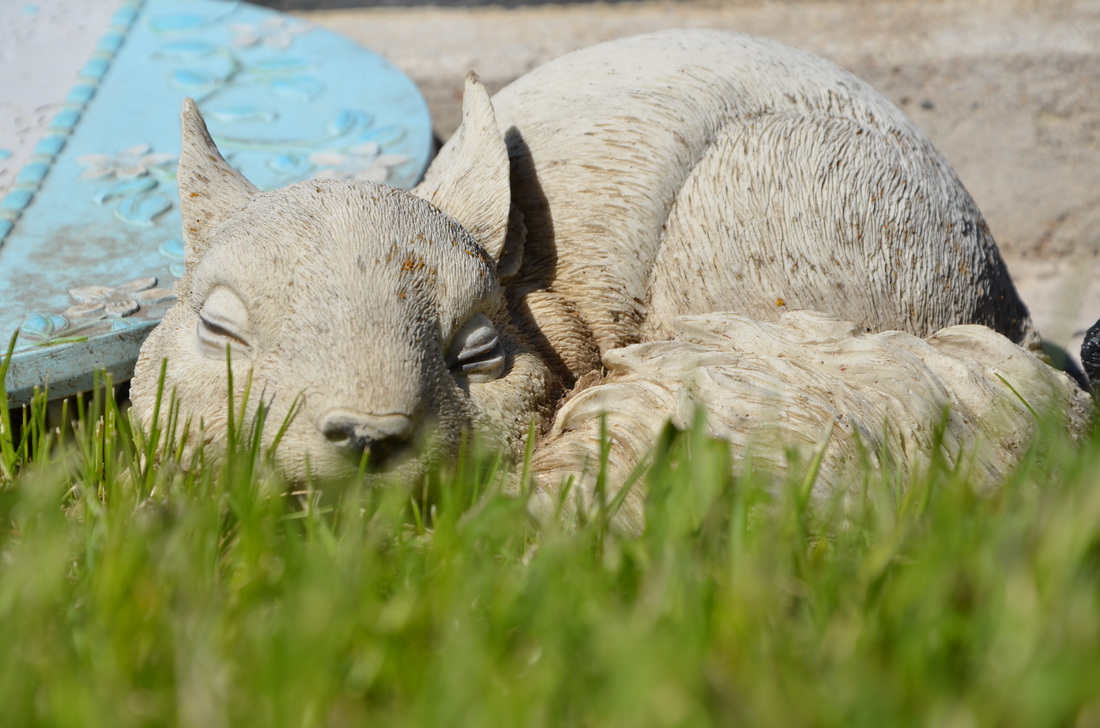 1.Write a concise description of your studio project.

I am in the process of creating a libretto for a place-specific performance in Berlin. The calls of extinct or threatened birds will be performed within a narrative crafted from my memories of an encounter between two elderly birdwatchers.
In using these bird calls, I hope to be able to transport my audience to an interior emotional setting whereby they may feel more sensitive to the absences in their environments.

2.How did the research impact upon your project and your working practice?

I had begun to map out my project before I arrived in Berlin. I had already met with my studio advisor, Sandeep Bhagwati, prior, and had begun discussing my concept of exploring the idea of creating a “choir” which would perform the calls of extinct and threatened d bird species place-specific to Berlin. I had done this in advance as Sandeep lived part-time in Berlin and I felt he would be able to give me some guidance regarding putting this together in Berlin (which he did!). My initial plan was to create a graphic score in my first year.

I used my research on the mechanics of memory and vocal learning in parsing out the narrative of the piece, and decided that I will be using amateur performers (birdwatchers) in the opening movements, and several professionals: two sound performers to recreate the narrative of conversational birdsong for the final and longest movement, a conductor, and a dramaturg, and a performance-anxiety therapist.

Some of my challenges became more evident as I progressed in my research. First came the issue of notation. I eventually settled upon a combination of sonograms and mnemonics. I extensively researched both with regard to birdsong and calls, and discovered via practical research this spring with birdwatchers and ornithologists that mnemonics with sound descriptives are the most helpful [1].

Following conversations with my studio advisor research pursuant to the pros and cons of using amateur versus professional performers I decided that a combination of the two would be most appropriate for the piece [2, 3], I In order to provide assistance to my amateur performers with structure and timing, I will have a conductor, so as to ameliorate any performance anxiety by reducing the need for them to sight read during the performance, and keep track of their timing. A graduate student from the University of Ottawa in specializing in performance anxiety will assist further by working with the amateurs on specific concerns. Annie Crowley, a New York-based dramaturg with extensive experience in working with amateurs, will assist with stage blocking, transitions, and lighting design.

My research also highlighted the importance of a narrative in carrying the piece forward, particularly with regard to conveying my audience to an interior emotional setting whereby they may feel more sensitive to the absences in their environments. In creating a libretto for a place-specific performance, I hope to be able to convey my memories of a powerful, and for me, transformative encounter between to elderly birdwatchers engaged in conversational birdcalls [4]. This encounter lead to my research on the interspecies genetics and mechanics of vocal learning, as I felt that my strongly visceral response was due to more than a keen interest in birds. We do, in fact, share 50 genes related to vocal learning with songbirds, which has led to scientists positing that human fascination with bird song is attributable, at least in part, to an innate recognition of their vocalizations.

3.What directions does your project suggest for further research?

The areas which I want to investigate further for this piece are related to anthropocentric concerns around the more-than-human and public engagement, as well as an examination of solastalgia.
Glenn Albrecht coined the word solastalgia to describe a condition as distressing as homesickness, but rather than the source of the distress originating from leaving a beloved place, it comes instead from staying in a place where you cannot leave, and watching changes to it that you feel helpless against[5]. I think that Robert Macfarlane says it best: “Where the pain of nostalgia arises from moving away, the pain of solastalgia arises from staying put. Where the pain of nostalgia can be mitigated by return, the pain of solastalgia tends to be irreversible”[6]. Albrecht says that the “diagnosis of solastalgia is based on the recognition of the distress within an individual or a community about the loss of an endemic sense of place” [5].  The scale of this loss is variable: oft-cited examples are New Orleans after Hurricane Katrina and instances of urban trees giving way to industrial developments [5-9]. Nevertheless, the degree of anguish experienced by people in such situations may feel equivalent.
Albrecht does allow for a ray of brightness in a rather gloomy outlook, however. He suggests that in acknowledging the environmental root of the anguish, and engaging in actions directed towards supporting and remediating both the people affected and the environment, it is possible to achieve a positive and empowering outcome [5].

Between the Song and the Silence

02 – Name of student and any collaborators and their roles

Peter Van Huffel: Composer / musician – as Peter is Berlin-based and fluent in German, he will be assisting me in dealing with the venue, and in directing me to local resources

Carolyn Christie: Graduate student from the University of Ottawa in specializing in performance anxiety who will assist by working with the amateurs and myself

Annie Crowley: Dramaturg with experience in working with amateurs who will assist in blocking out the staging, transitions, and lighting design

Two sound performers: TBA - I have been in discussion with several, and will make my decision in Berlin this summer

03 – Suggested advisors for studio and for research element (first, second, third choices, if any). Explain your choices.

04 – Description of proposed project or body of work – practical element

My written element will be in the form of a project report. I would propose an historical perspective of the Anthropocene and an examination of the importance of the more-than-human within the context of increasing lack of biodiversity in contemporary urban life and its implications for humans. The role of solastalgia in creating awareness and hope will also be part of that critical framework.

The project will culminate in a performance in Berlin in August 2017, the date subject to the availability of the venue. Other outcomes will be production of libretto, exhibition of related materials such as photographs, drawings, and video. Documentation will be made available on my website.

My studio practice will be the primary source of research. This would include investigating existing texts and research related to my topics of concern, and elucidating their influence on the outcome of the project. Additionally, I would expect that other forms of studio research such as photography and drawings, as well as working with the various performers, would influence and lead back to the libretto which would form the basis of the performance.

Strycker, N., The Thing With Feathers: The Surprising Lives of Birds and What They Reveal About Being Human. 2014, US: Riverhead Books. 288.

09 – Research question or hypothesis for thesis. For project report only if applicable.

Could a recital comprised of calls of extinct or threatened birds, presented within a familiar framework of performance, evoke and recall birdcalls of the past; using the encounter between the two senior birdwatchers as the narrative framework?

11 – Short statement on your current practice
​
I typically distill a concept down into a title for a series, which then informs the direction of my investigations. More and more I find myself wanting to integrate the use of text into my work, and am excited to begin such explorations.
During my initial research, I often make extensive use of photography. Photography allows me to share exactly what caught my eye at a given moment: textures, colour, and detail. Paintings let me process ideas over time, and are not meant to be mimetic, but rather my lasting impressions. Sculpture allows me to create a memorial, literally expanding the idea into space. Finally, sound allows me to create a sense of place and geography.

This approach lends itself to the creation of series of works which individually present a facet of the idea under consideration, and collectively seek to provoke deliberation.

Using an encounter between two elderly birdwatchers as the narrative framework, is it possible to create a performance which would evoke an awareness of losses in our surrounding environment? As the voices of species are extinguished, are we aware of these absences?

Once the libretto is completed, there will be several concurrent activities:
14 – Connect past and future project

Between the Song and the Silence and all of its research and artistic outcomes are inexorably intertwined. This past year, I have examined the role of memory and vocal learning in relation to the pull that birds and their songs have always had upon us. Additionally, I have considered the mechanics of this attraction, both with regard to vocal learning and reproduction and representation of their songs and calls. This research aided in developing the structure and narrative of the libretto and performance. In shaping the final work, I wish to examine more closely the more-than-human aspects of this project as well as examine ideas of public engagement.

15 – Connect studio and research project (if separate), explain how they inform each other.

As outlined in No.14, I feel that all aspects of this project are interconnected. The project report format lends itself well to a project like this in which the research aspects inform the creation of the performance and vice versa. The website will be a place in which these materials will be presented on an ongoing basis, allowing access and examination to both process and documentation of the performance.

Looking around our urban environments, we are confronted with false abundance – for example, we may see a profusion of birds, but a paucity of species. Have our environments become so cluttered with the sonic detritus of contemporary urban life that we are oblivious? Perhaps we confuse what we now hear with memories of what we once heard, or confabulate? Is it possible to provoke a sense of loss without having directly experienced it? These are among the questions that interest me and stimulate my investigations.

The written element will integrate and examine questions regarding vocal learning and memory, the Anthropocene, more-than-human and public engagement, along with issues of solastalgia as they relate to my studio project. The materials of my project report will address questions as they arise in my studio practice as they are parallel explorations.

Due to the interdependence of the written and practical elements, I would suggest this be closely weighted, written 40/practical 60.

19 – Possible location for the project

The Tieranatomisches Theater at Humboldt University in Berlin, a 17th century anatomy lecture hall now turned into an event space.

20 – Timeline for realisation of project

The birdwatchers who will be performing will be volunteer participants. I will be hiring two professional performers to perform the bulk of the piece. We in tend to apply for grants, as well as put together a crowd-funding appeal. Final budget to be worked out in Berlin this summer after final quotes for venue, etc., are received.

2.  Carruthers, D. Between the Song and the Silence: Twitchers. 2016; Available from: http://www.deborahcarruthers.com/no1---twitchers.html.

3.  Carruthers, D. Between the Song and the Silence: The Feathered Cloaks of Poets. 2016; Available from: http://www.deborahcarruthers.com/no3---the-feathered-cloaks-of-poets.html.

4.  Carruthers, D. Between the Song and the Silence: My Muses. 2016; Available from: http://www.deborahcarruthers.com/my-muses.html.