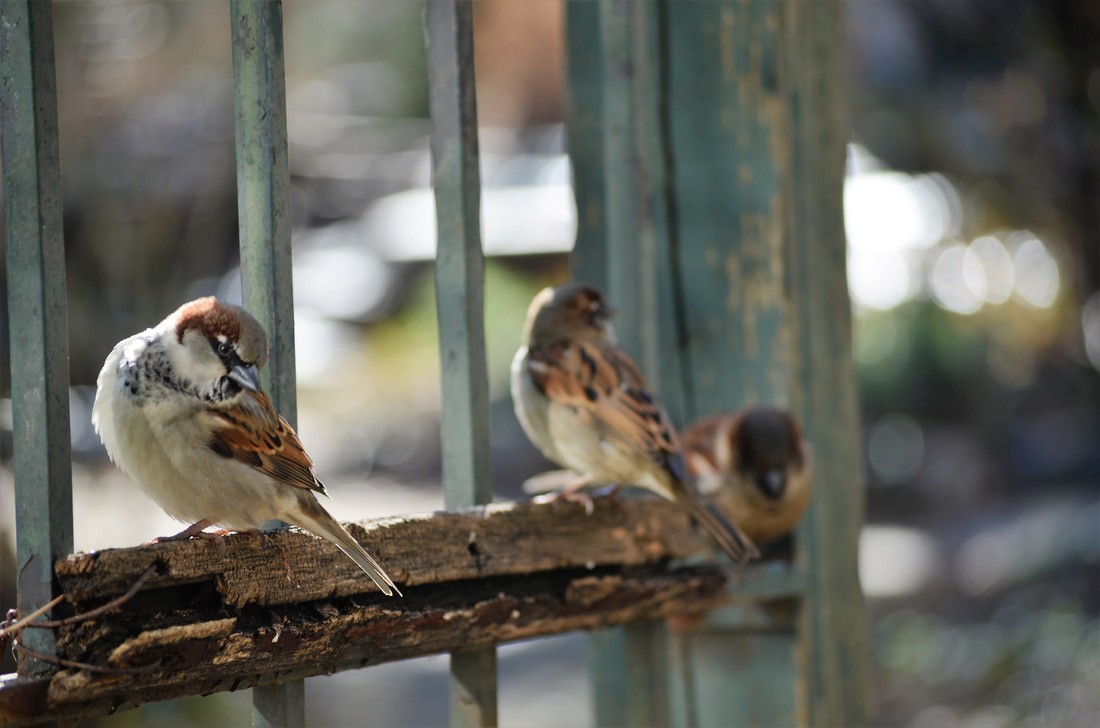 A reiteration of the story of my Muses: how I started my journey [1]

Using an encounter between two elderly birdwatchers as the narrative framework, is it possible to create a performance which would evoke an awareness of losses in our surrounding environment? As the voices of species are extinguished, are we aware of these absences?
Is it possible to provoke a sense of loss without having directly experienced it?

​
Introduction
​
I.The Feathered Cloaks of Poets
​
When I had begun to think about birdsong a few years ago, specifically that of extinct and threatened birds, I had wondered how I could communicate their songs. I thought of recreating and recording the different birdsongs myself, and combining that with another track of ambient sounds from where you’d normally find those kinds of birds: fields, forests, shorelines.
I drew sketches and made some recordings of me doing some of the birdsongs, but found it ultimately unsatisfying. I was working with some people from the Royal Ontario Museum (known as the ROM), and we discussed looking further to see if I could find any extant recordings of some of these birds. When we were looking at dates of last sightings of these birds, it occurred to me that there might still be people alive who were birdwatchers who had actually heard them. Better yet, they might have their own notes about the songs, and might even know how to do the calls.

I tracked down an elderly centenarian who now lived in a residence, let’s call him Jack, and arranged to go and visit him. By mutual arrangement I was to arrive with a bottle of Jura single malt in hand. In exchange, we would look through his notes, talk about his life-long birding adventures, and maybe give some bird calls a whirl while having a wee dram.

I showed up on the appointed day, armed with the Jura, and we sat in Jack’s room and sipped and reminisced. He told me about going birding with his uncle when he was small, and showed me a drawing he did of a passenger pigeon when he was 5 or 6 years old. He said that his uncle would tell him stories about there being so many passenger pigeons that when the flocks would take to the air, it would look like advancing thunderclouds, and sound as loud as thunder overhead. He said that there were so many of them that they considered it unimaginable that they could vanish from the earth. His uncle maintained that it was indicative of the “end of times” that they were disappearing.

Once we were sufficiently lubricated, Jack began to go through his notes and demonstrate the various calls of different birds, and asked me to “call” them back to him. We’d been doing this back and forth for a while, when suddenly from the doorway someone else answered his call. Another resident, “John”, was standing there. John looked back and forth between us, and then called out another birdcall. Jack responded, and what happened after that mesmerised me. John entered further into the room and sang out another call, and Jack responded yet again. John shuffled over to the chair and sat (although I prefer to think of it as perched), looked closely at Jack, and emphatically called out another birdsong reminiscent of a query. The two of them carried on in this call and response, conversational birdsong really, for a good half hour longer, until one of the staff came looking for John. John looked more animated and far more relaxed than when he’d come in, and when the nurse helped him to his feet, he didn’t yell out and push her away in frustration, which is apparently what he’d usually do – a result of the dementia which severely impaired his ability to converse. Once on his feet, he shakily reached out to Jack, who took his hand and shook it.

I found this exchange profoundly moving, and it confirmed for me that there was something about birds and birdsong that fundamentally touches something deep within us.

I couldn’t stop thinking about Jack and John – they spoke using the extinguished voices of birds I would never hear: the Passenger Pigeon, the Labrador Duck and the Eskimo Curlew. I felt an unexpected sense of loss.

I began to wonder if, as the voices of species are extinguished,  we are aware of these absences?

And if we had never heard their voices to begin with, could we truly miss them?

Over time, I asked myself if it would be possible to use an encounter between two elderly birdwatchers as the narrative framework for a performance which could provoke an awareness of such loss?
​